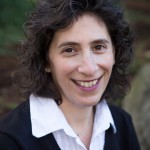 Amee has been working as a Jewish Educator in the Seattle area for over 30 years. She has taught almost every age group from first grade to adults, and most recently was on the faculty at the Seattle Jewish Community School for 13 years. She has her BA in Jewish Studies and her Masters in Education, both from UW. She is delighted to have returned to Hillel at the University of Washington, where she was the program director for three years in the early nineties, and the Acting Director when Rabbi Dan Bridge took a sabbatical in 1995. Amee is married and has two college-age children. She is a fan of all things purple (Go Huskies!) and has been known to find the best deals in town because she loves coupons and sales. She always has a good stash of chocolate in her office so stop by and say hello! 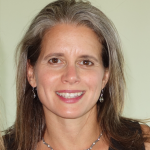 Terri has been working in the field of development for the past 20 years. Her professional focus has been on supporting social justice causes through successful special event planning, grant writing and marketing.  Terri has a BA from Miami University in Oxford, Ohio where she met her husband while standing in line at Miami’s Hillel for a Passover Seder in 1990. Terri is excited to dedicate her creative energies to Hillel UW and is deeply committed to cultivating the essential link that Hillel provides connecting our Seattle Jewish community to the future. When not at work, you can find her out with her four fantastic daughters and husband swimming, skiing, hiking and just loving the Pacific Northwest.

Rabbi Josh Weisman served most recently as the Jewish Emergent Network Rabbinic Fellow at the Kavana Cooperative in Seattle. He was ordained by the pluralistic Rabbinical School of Hebrew College in Massachusetts in 2018. While there, he interned at MIT Hillel.  Prior to rabbinical school, Rabbi Josh worked for 12 years primarily as a grassroots organizer in his native San Francisco Bay Area. He is a connoisseur of good niggunim, and is passionate about the intersection of Judaism and justice. He believes that Judaism is radically loving, and sometimes wacky, so he tries to keep things a little irreverent. He is happy to be alive in a moment when so many expressions of Jewish life are flourishing, and loves supporting people from all backgrounds in blazing their own Jewish paths. On weekends, you'll find him singing, reading, walking around Seattle's beautiful neighborhoods and parks, and exploring the natural wonders of the Pacific Northwest with his wife and two children.  Rabbi Josh also loves speaking Hebrew and Spanish, so try him!

Originally from the Kirkland/Seattle area, Hunter had been living in New Orleans since 2012 where he attended Tulane University to study public health, Jewish studies and sociology. Before joining us, Hunter completed a year of service in the Big Easy with the Jewish service corps, Avodah, to pursue social justice by reducing health disparities through health education and outreach in poverty-stricken communities—ask him about it! Hunter has actively pursued engaging with his own Jewish community by being a 4th grade religious school teacher for his Synagogue in New Orleans and has put on Shabbats to encourage the exposure of diversity of Jewish practice and thought in his community. Hunter is excited to bring some New Orleans joie de vivre to Seattle and to get to know more students, and to be part of the engaging and meaningful Jewish student community.  Feel free to reach out to talk over a cup of coffee!

Shaked Bason was born and raised in Kadima, Israel. He has an older sister and a younger sister. When he was in high school he was a member of the Scouts movement. He served a full duration in a combat intelligence unit of the IDF and was released in 2018 as a Staff Sargent   after three years of service. After his military service he was a camp counselor and in 2019 he started his Shlichut in the Bay Area. He is very excited to meet you all and be part of the Hillel UW community starting in September 2020. 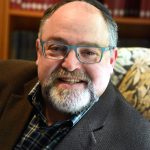 Jonathan is a lifelong resident of NE Seattle and has been active in Jewish communal affairs his entire adult life. A graduate of Colby College in Waterville, ME, (where he was president of Hillel during his senior year!), a student at the WUJS Institute in Arad, Israel, and a camper at Camp Solomon Schechter in Tumwater, WA, he spent 27 years working in medical group administration in the Seattle area. Jonathan loves to travel –  to Israel, France and all around Washington State – and takes great pride in the growing number of Jews, synagogues, and Jewish communal institutions in the Puget Sound area. In addition to his two grown sons and his 30 year marriage to his wife, he is most proud to have guided the opening of the Seattle Jewish Primary School in 1992. Jonathan is passionate about Jewish community, education, identity, observance, and continuity and is excited to help promote these values through Hillel at UW! 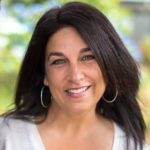 Sheri is a licensed clinical social worker with over 18 years of experience as a counselor working with adolescents, undergraduate and graduate students. For the past 8 years she has been a counselor at the UW School of Medicine providing counseling and wellness programming for medical students and Rehab Medicine graduate students. She has her BA in Psychology from the University of Southern California and her Masters in Social Work from the University of Washington. As a native Seattleite, she is both a Husky fan and a Trojan fan – although it is a bit difficult when the two schools play each other. Sheri has many connections with the Jewish community in the Seattle area and has enjoyed coming to Hillel over the past few years for Passover lunches, B’nai mitzvah services, and other community events. Sheri is the proud mom of two college age daughters and enjoys time with her family, getting outside in the beautiful PNW, exploring independent bookstores, and going to outdoor music festivals.

Rabbi Dan served as Rabbi and Executive Director of Hillel UW from 1988-2007. Since retiring from Hillel, he has served as Interim Manager of Northwest Community Programs at the Student Conservation Association; Organizational Consultant to the Somali Community Services Organization; and Consultant to College Access Now and Senior Services of King County.

Please click here to see our updates regarding the coronavirus.

Our building is currently closed.

Keep connected after you graduate with Jconnect!